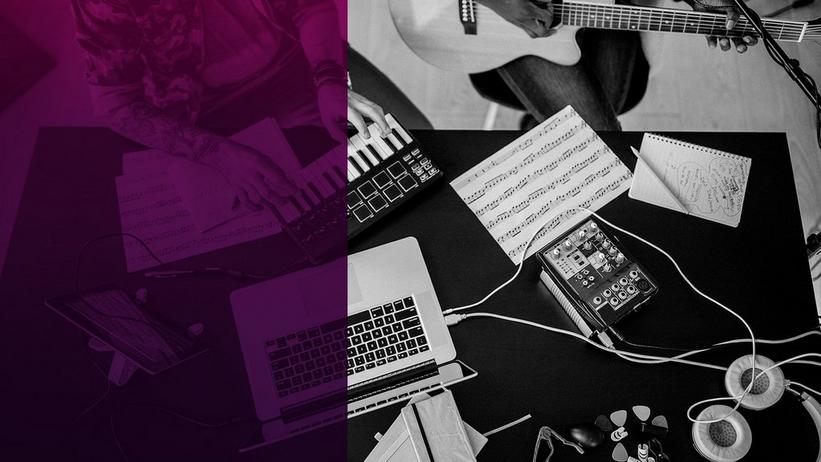 A Proposed Settlement Has Been Reached To Set Songwriter Mechanical Royalty Rates For The Next Five Years: Here’s What It Means For Songwriters

The proposed settlement will raise the royalty rate to 15.35% by 2027 — the highest the rate has ever been. Here’s how it will practically affect songwriters who haven’t always been fairly remunerated by digital service providers.

Since the streaming era began, debate has spilled forth endlessly about the ethics of its payment models — but have you ever wondered how DSPs, or digital streaming platforms, remunerate songwriters? If you don’t know the answer, you’re not alone: how Spotify, Apple Music, Amazon Music, and their competitors pay songwriters is a complicated, confusing, and often litigious mess.

That being established, here’s the bottom line on the underlying mechanisms. As required by U.S. law, every five years, the Copyright Royalty Board (CRB) is tasked with setting a fair market rate for the mechanical royalties that DSPs must award publishers — who, in turn, compensate their songwriters. A legal proceeding with a three-judge panel, the CRB features arguments from publishers, songwriters and digital platforms.

This hasn’t always been a smooth process — far from it. In fact, recent CRB proceedings have resulted in years of fighting in and outside the courtroom. Worse yet, these conflicts have hindered songwriters from receiving compensation for the work in a fair, timely manner — which does nothing but add hardship and uncertainty to their professional and financial lives, in an industry that’s already precarious for creators.

Here’s where the next CRB rate court proceeding, known as CRB Phonorecords IV, comes in. This month, it was set to commence in Washington and govern the royalty rate from 2023 all the way to 2027.

Like prior iterations, it was expected to be a costly and long legal battle pitting songwriters against some of the biggest companies in world history — if you will, a true David versus Goliath fight in Washington, D.C. Thankfully, though, a light in the darkness has emerged — one that could help turn the tide for songwriters whose payments have been most affected by these twice-decade battles.

On Aug. 31, the National Music Publishers’ Association (NMPA), the Nashville Songwriters Association International (NSAI) and the Digital Media Association (DiMA) announced a proposed settlement to avoid the courtroom and set the songwriter mechanical royalty rates that streaming services will pay to publishers for the years 2023-2027. The proposed settlement starts by locking in the 15.1% royalty rate songwriters just won in the previous rate proceeding, and it will raise the royalty rate to 15.35% by 2027 — the highest the rate has ever been.

Not only will the headline rate increase under this agreement; it will bring about improvements to alternate rate structures, including raising what’s referred to as the per subscriber penny rate and the Total Content Cost (TCC), which guarantees a percentage of what record labels are paid. Additionally, this deal modernizes the treatment of “bundles,” which combine music services with other offerings. These changes effectively raise the floor of what songwriters will get paid no matter what happens to DSP revenue in the future.

The proposed deal marks significant progress in the fight over songwriter pay on digital streaming services. Since 2018, the two sides have engaged in a lengthy legal battle, and costly appeal, over the CRB Phonorecords III decision that governed royalty rates from 2018-2022. That legal process finally ended this summer, with the CRB siding with songwriters and publishers and affirming the 15.1% rate.

This proposed settlement shows that streaming services acknowledge that they want to be partners — not competitors — with songwriters. Plus, it means that songwriters won’t have to wait to get paid a higher rate. This new pay bump will come on top of a significant sum of backpay that the platforms owe publishers following this summer’s earlier Phonorecords III decision.

Both the back pay and new royalty rate will be administered by the Mechanical Licensing Collective (MLC), which has distributed hundreds of millions of dollars in royalties since its inception following the passage of the Music Modernization Act in 2018.

Now that a settlement has been reached, the deal must still be approved by the CRB, which will review the proposal along with public comments from interested stakeholders. This agreement would not have been possible had it not been for the dedication and activism that songwriters have shown when it comes to fighting for fair royalty rates.

The Recording Academy applauds this step in the right direction for fair compensation for songwriters, and eagerly awaits further steps in Washington and beyond to give all music people what they deserve — financially and otherwise.

California Passes The Decriminalizing Artistic Expression Act: Why It's A Win For The First Amendment & Creative Expression