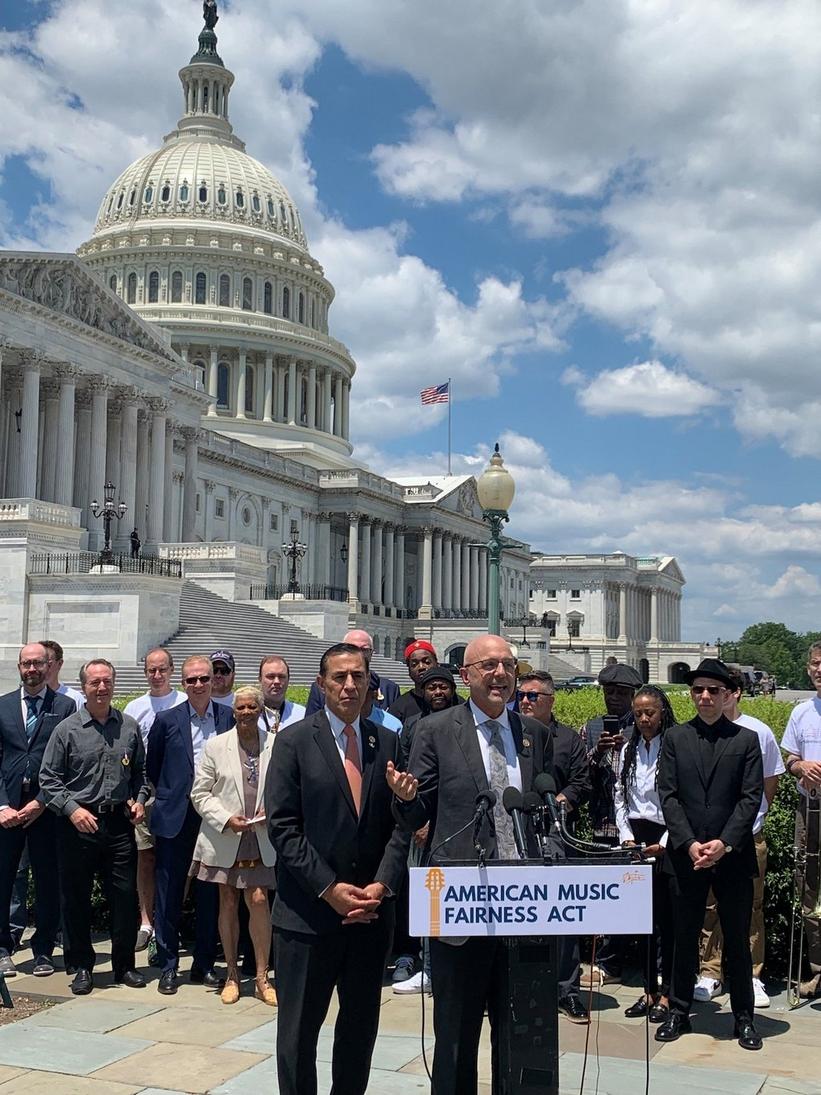 Bipartisan group of U.S. representatives have introduced the American Music Fairness Act, which will ensure artists are fairly compensated when their songs are played on terrestrial radio stations

"We commend this bipartisan bill led by Reps. Deutch and Issa, and we thank them for joining us in the fight for fair pay," said Harvey Mason Jr., CEO of the Recording Academy®. "Artists create music that can bring us together and heal us, and they deserve to be paid when their work is played on FM/AM radio."

Currently, and historically, terrestrial (AM/FM) radio stations do not pay artists for the music they play on the radio in the United States. This is because of an antiquated loophole in copyright law that allows AM/FM radio stations to play music while rightly compensating the songwriter, but not also the artists who perform the songs or the studio professional behind the sound recording. The AMFA also includes protections for songwriters to ensure the new right does not encroach on songwriter royalties.

In 2019, music broadcasters made over $10 billion by selling ad revenue, yet did not pay artists for the product – the music – that generates this revenue. The American Music Fairness Act rights this wrong by requiring major radio stations to fairly compensate all artists for their property.

The American Music Fairness Act also works to ensure that AM/FM stations are no longer the only music platforms that do not compensate artists for their music. It is long overdue for terrestrial radio stations to pay royalties to artists just like streaming services, satellite radio, online radio, and every other platform that profits off copyrighted content. The American Music Fairness Act would establish fair market value for radio performance royalties similar to how the law currently works for other music platforms.

Additionally, the American Music Fairness Act will protect small, local broadcasters with dedicated protections and exemptions. Recognizing that consolidation in the radio industry and the COVID-19 pandemic have impacted small and local radio stations that provide invaluable services to our communities, Reps. Deutch and Issa worked to ensure that truly small and local radio stations are treated differently than Big Radio conglomerates.

Under the American Music Fairness Act,  radio stations that fall under $1.5 million in annual revenue and whose parent companies fall under less than $10 million in annual revenue overall would be exempt and pay a special rate of less than $2 per day ($500 annually) to play unlimited music. Other exemptions under the bill would apply to public, college and other noncommercial stations as well as super-small stations in general, who would pay as little as $10 per year.

Moreover, the US is one of the only countries that do not require a performance copyright for terrestrial radio. That means there are hundreds of millions of U.S. dollars, owed to American artists, being left on the table around the world. The American Music Fairness Act would ensure that foreign countries pay US artists when their songs are played overseas.

In conclusion, fairness and equity are bedrock American principles. As the country recovers from a year and a half of tremendous personal loss and economic suffering, it is vital that Congress protect the livelihoods of those who create the music we know and love.

Congress: It's Time To Side With Music Creators Over Big Radio 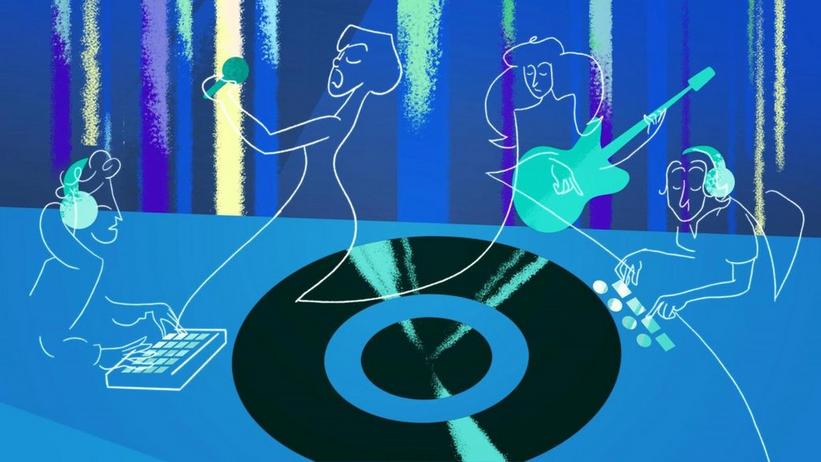 This year, the Recording Academy's "Behind The Record" initiative, a global social media activation aimed at spotlighting the many creators in music, introduces Behind The Record Advocacy, a new virtual program to discus creators' needs with Congress

The Recording Academy has announced that it will continue giving credit where credit is due with its 3rd annual "Behind The Record" initiative, a global social media activation aimed at spotlighting the many producers, engineers, songwriters, composers, mixers, instrumentalists, and other creators who contribute to the music recording process. Taking place Friday, Oct. 15, the industry-wide conversation encourages artists across all music genres to celebrate their collaborators' incredible behind-the-scenes work on the tracks, records and albums loved by music fans around the world. This year's campaign features a short film, narrated by Recording Academy Board of Trustees Secretary/Treasurer Om'Mas Keith, illustrating that behind every hit song is an intricate dance of creativity that builds and builds to the final product.

A day before the social media activation's launch, on Thursday, Oct. 14, the Recording Academy will introduce Behind The Record Advocacy, a new virtual advocacy program to inform lawmakers about issues affecting the creators behind their favorite records. Building off the success of the Recording Academy's "Behind The Record" initiative, Academy members will meet virtually with members of Congress nationwide to discuss legislation that would have a direct impact on America's recording artists, songwriters and studio professionals, such as the HITS Act and the American Music Fairness Act. With nearly 200 meetings with congressional offices anticipated for Behind The Record Advocacy, members will focus on ensuring that the individuals behind the record are able to earn fair compensation for their work.

"It takes a village to create a recording, and as an organization that serves to support all music creators, we invite our peers to join us in spotlighting the many music professionals behind our favorite songs," Harvey Mason jr., CEO of the Recording Academy, said. "While we celebrate the music professionals behind the scenes, we also recognize the importance of fighting for fair treatment of creators. We're proud of the evolution of 'Behind The Record' to include an advocacy element this year as we continue our ongoing work to ensure all music creators flourish."

"Behind The Record" is supported by the Recording Academy's Advocacy Department, Producers & Engineers Wing and Songwriters & Composers Wing. Supporting all music creators—including the artists behind our favorite records—is an urgent initiative for the Recording Academy year-round. Within the past year alone, the Recording Academy established the Songwriters & Composers Wing to better represent the diverse community of music creators who provide the world with the gift of song. The Academy also reintroduced the HITS Act in the House and Senate, which would allow artists and record producers to deduct 100 percent of sound recording production expenses in the year they are incurred, and continued efforts to support women producers and engineers through its Women In The Mix initiative.

To help the Recording Academy further support creators working behind the scenes, artists can participate in "Behind The Record" by:

For more information, please visit the "Behind The Record" website. Follow and join the global conversation on social media using the hashtags #BehindTheRecord, #GiveCredit and #WeAreMusic.

Learn More About The Recording Academy's "Behind The Record" Initiative 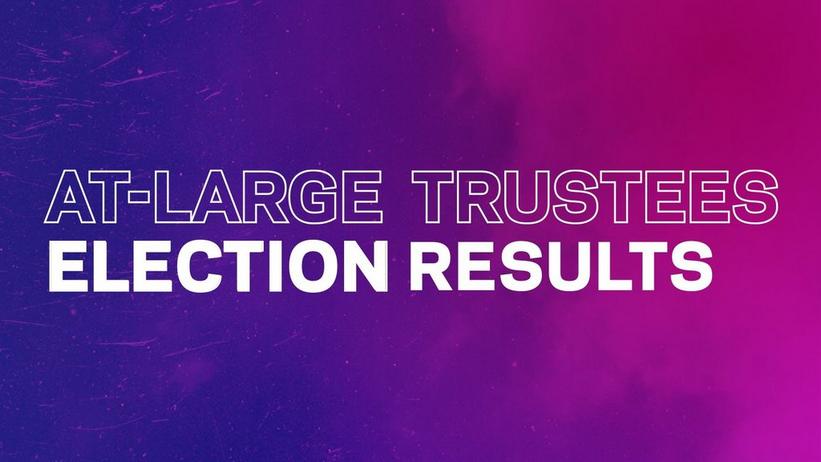 The Results Are In: People Of Color Dominate The Recording Academy Board Of Trustees For The First Time

According to a new breakdown by the Recording Academy, people of color account for 53% of the freshly constituted Board of Trustees

The Recording Academy announced the results of its board elections on Friday (July 9), and the results mark a major leap forward for inter-Academy equality.

For the first time, people of color make up the majority of the Recording Academy's Board of Trustees, amounting to 53% of the freshly constituted board; people of Caucasian descent account for the remaining 47%.

As the gender breakdown goes, males account for 56% of the new board and women make up 44%.

The Recording Academy welcomes this ongoing development of a more equitable Board of Trustees and looks forward to further milestones of inclusivity in the future. 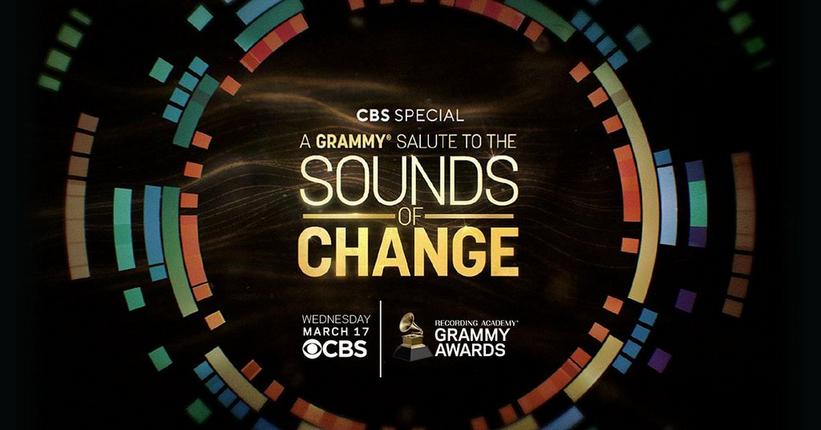 With the 2021 GRAMMY Awards show in the rearview and GRAMMY season winding down for the year, The Recording Academy and CBS will present "A GRAMMY Salute To The Sounds Of Change." The show will broadcast Wednesday, March 17, at 9–11p.m. ET/PT and will also be available via livestream and on-demand on Paramount+, ViacomCBS' newest global streaming service. The show will illuminate unforgettable songs that catalyzed social change, both reflecting and shaping their times.

Here's what to expect at "A GRAMMY Salute To The Sounds Of Change."

Common Will Host The Event

The three-time GRAMMY-nominated rapper Common will be the master of ceremonies.

Cynthia Erivo will perform a piano-led version of a solo Beatle classic.

John Prine Will Get His Due

As part of a section focused on environmentalism, the late John Prine will get the spotlight. (So will Marvin Gaye and Woody Guthrie.)

Women's Empowerment Will Get The Spotlight

Andra Day will sing a song Billie Holiday made immortal.

A Superstar Ensemble Will Sing A Prescient Classic 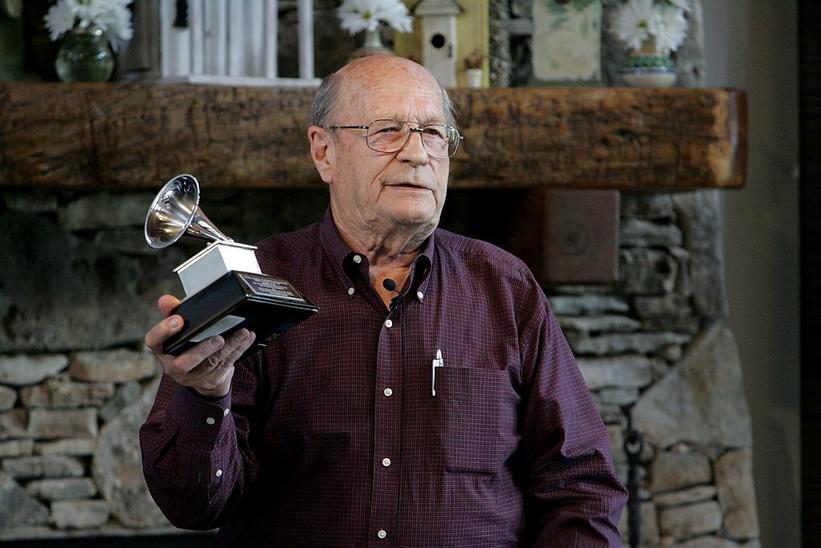 Remembering Rupert Neve, A Pioneer Who Set The Standard In Audio

As a child in the 1930s, Rupert Neve loved building and repairing radios. What he could never have imagined was that he'd continue on until he was 94—nor that his contributions would be felt into 2030 and beyond.

If Neve's sole contribution to the music industry was inventing the Neve 8028 console, on which luminaries from Fleetwood Mac to Nirvana to The Who recorded classic albums, his place in the pantheon would be assured. But across an eight-decade career, Neve did much more than that.

The audio wizard spearheaded mixing consoles' move from vacuum tubes to transistors, which facilitated the capacious sound of The Beatles' Abbey Road and numerous other classics. And across the decades, he participated in a litany of audio electronics projects and mentored younger engineers.

Sadly, Neve passed away on February 12 in Wimberley, Texas, due to non-COVID pneumonia and heart failure. He was 94.

"It's all about his transformers," singer/songwriter Billy Crockett told The New York Times in response to the news. "They provide something intangible that makes the mix fit together. So when people get poetic about analog, it's how the sound comes through the transformers."

Neve was born in Newton Abbot, England, in 1926, and grew up in Argentina. As a teenager, he volunteered to serve in World War II, working on the communications side for the British military.

His early career trajectory took him from Refiffusion and Ferguson Radio to his first business, CQ Audio. In 1961, he and his wife, Evelyn, founded Neve Electronics. Three years later, he designed his first transistor-based equalizer, then built his first transistor-based mixing console for Philips Records. In 1975, the couple sold the Neve Companies. A decade later, they established Focusrite Ltd. under the name ARN Consultants, who worked on a variety of cutting-edge projects.

In 1997, Neve's accomplishments were recognized with a Lifetime Achievement Technical GRAMMY Award. In 2005, he established Rubert Neve Designs. And in 2019, he returned to the high-fidelity audio market with Fidelice. Neve is survived by his wife, five children, nine grandchildren, and five great-grandchildren.