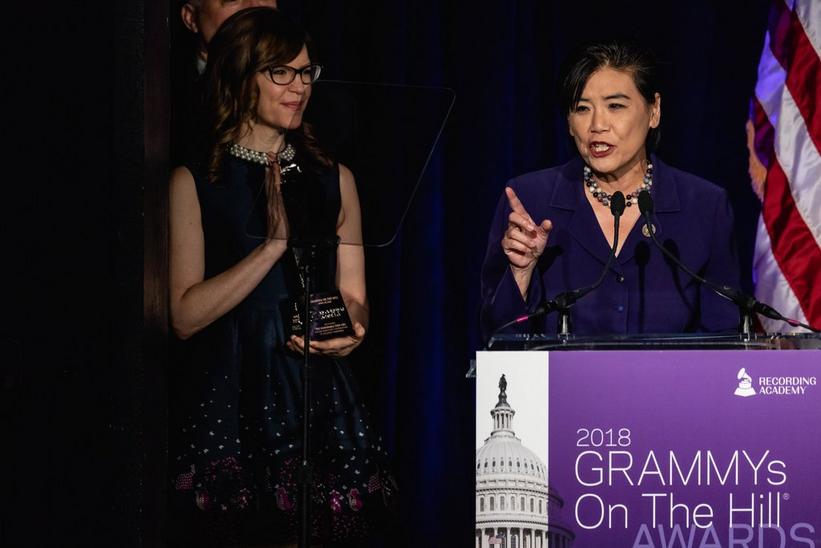 2018 GRAMMYs On The Hill Awards

The House Small Business Committee Puts A Spotlight On The Creative Economy: Here's What We Learned

On Wed. Jan. 19, the House Small Business Committee invited leading arts advocates to testify virtually. Here's what we learned from the revealing hearing.

With the pandemic laying waste to best-laid plans and the arts industries recalibrating on a daily basis, it can be hard to know where the creative economy stands in 2022. That's where the House Small Business Committee comes in — to explain how we got here, and where we're going.

On Wed. Jan. 19, this standing committee of the House of Representatives held a hearing titled, "The Power, Peril and Promise of the Creative Economy," to examine the economic might of the creative economy even during uncertain times.

The lawmakers and witnesses revealed important truths about the weight of the arts economy in American society. For instance, they noted, the creative economy comprises nearly 3.3% of the entire US workforce, employing nearly 5.2 million Americans.

But tragically, 95% of those people lost income during the pandemic — even after the arts added 919 billion to the U.S. economy in 2019 — which is more added value to the GDP than agriculture and transportation.

The federal government has stepped in to aid the reeling industry, and programs like the Shuttered Venue Operators Grants (SVOG) have delivered billions in aid arts businesses. Still, the grants and loans weren't accessible to many small businesses across the creative sector, leaving them in a vacuum of uncertainty and anxiety for their futures.

Thus, Wednesday's hearing discussed legislation and policy solutions that have been passed since March 2020, or are actively considered in Congress amid the ongoing pandemic. For example, Congress established new federal unemployment programs in the CARES Act that provided a lifeline to many workers at the onset of the pandemic. And, the Recording Academy led the charge to ensure that music and arts workers had equitable access to these expanded and enhanced programs, before expiring in Sept. 2021.

Speaking of the SVOG: the historic program has been a lifeline to the live events community. Established in Dec. 2020 when the Save our Stages Act passed Congress with the active support of Academy members nationwide, it has provided $15 billion in assistance to arts venues and other eligible entities. That said, as important as they are, live venues are only a small fraction of the creative economy, so more needs to be done.

That extra assistance might come in the form of multiple pieces of legislation that would assist the creative economy, like the HITS (Help Independent Tracks Succeed) Act.

The Recording Academy worked directly with lawmakers on the drafting and introduction of this bill, which incentivizes the production of new sound recordings for independent artists and local studios. Passed in the House as part of the Build Back Better Act, it's crucial that it is passed in the Senate and signed into law.

Within the hearing, lawmakers showed their support for the arts and creative workers. Notably, Rep. Judy Chu (D-CA) remarked upon the Recording Academy's place in the creative economy and the dire help it needs.

"As a representative of the Los Angeles area, which is the center of film, television and music it is hard to overstate the impact that the pandemic has had on the creative economy," she said. "To support a strong durable recovery for those industries that employ over 5 million workers nationwide, we need to ensure that creative professionals are fairly compensated for their work.

"And that includes musical artists, like members of the Recording Academy," she continued, "who must be fairly compensated — as well as our actors of film and television."

It's important to note that the creative economy doesn't exist in a bubble. Rather, it contributes to the success of other industries such as restaurants and tourism — leading to beneficial effects on the entire U.S. economy. Especially in small, rural towns such as Ashland, Oregon, and Branson, Missouri, where the arts are a huge tourist draw and all other businesses in the community benefit when the programs are successful.

With this in mind, the House Small Business Committee's hearing on the cruciality of the creative economy takes on ever more weight. Let us continue to support legislation that benefits it during a tumultuous time — not just for all artistic creators, but for the economic health of the entire nation.